Sula Medovoy is a recent graduate of Ohio University with BFA’S in Graphic Design and Print Making. She currently is working as a graphic designer.

Tell us about yourself and what you do?

I’m Sula. I am a printmaker and graphic designer from Cleveland, Ohio. I’ve been in Chicago for one year, and am currently working as a graphic designer with a focus on packaging and branding.

When did you know you wanted to pursue a career of art making?

I spent most of my life categorically against a career in art. My mother is a painter and my older sister is a graphic designer, so I wanted to defy that path and do something else. I was always an avid doodler, but avoided getting into any serious art-making until right before I had to apply to college. I realized then any other field would make me want to jump off a bridge after five years. 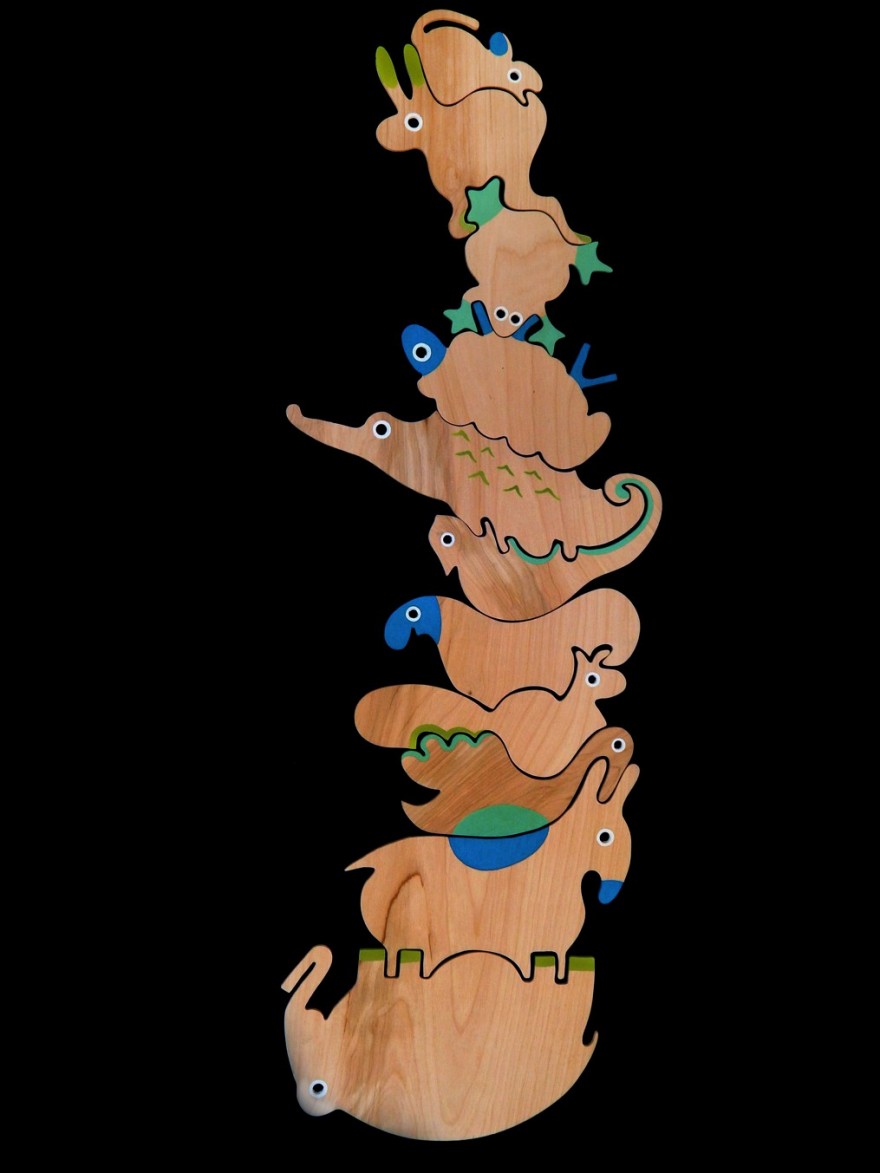 What is your favorite printing process and how were you introduced to it?

Screenprinting, by far. I saw it for the first time at university. I was primarily studying graphic design, and I didn’t know anything at all about printmaking. I ended up in the screen shop one evening, saw someone pull a print, and thought it looked like actual witchcraft. I decided I also wanted to be a witch.

It seems as though some of your art has some visual similarities to Western European post soviet illustrations. Has this influenced you at all?

Hugely. My parents are immigrants from the Soviet Union, so I grew up surrounded by Russian animations, children’s books, posters, etc. There’s a very specific but subtle visual humor in Western European art and media that I try to infuse into most of my work. 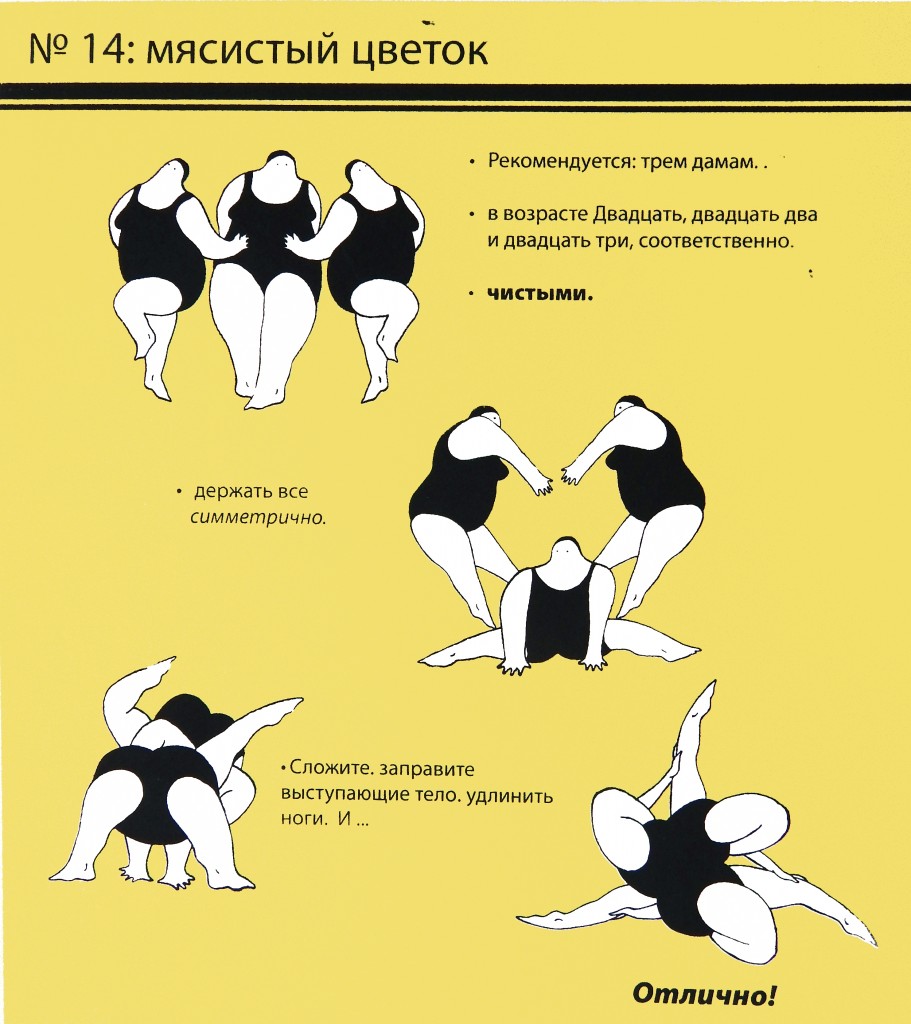 I’m drawn to design because I like visual problem solving. Even my “fine art” pieces are usually informed by some form of graphic challenge. I like what I can do with limitations.

All of my creatures exist in separate but comparable universes. Their paths will never cross. 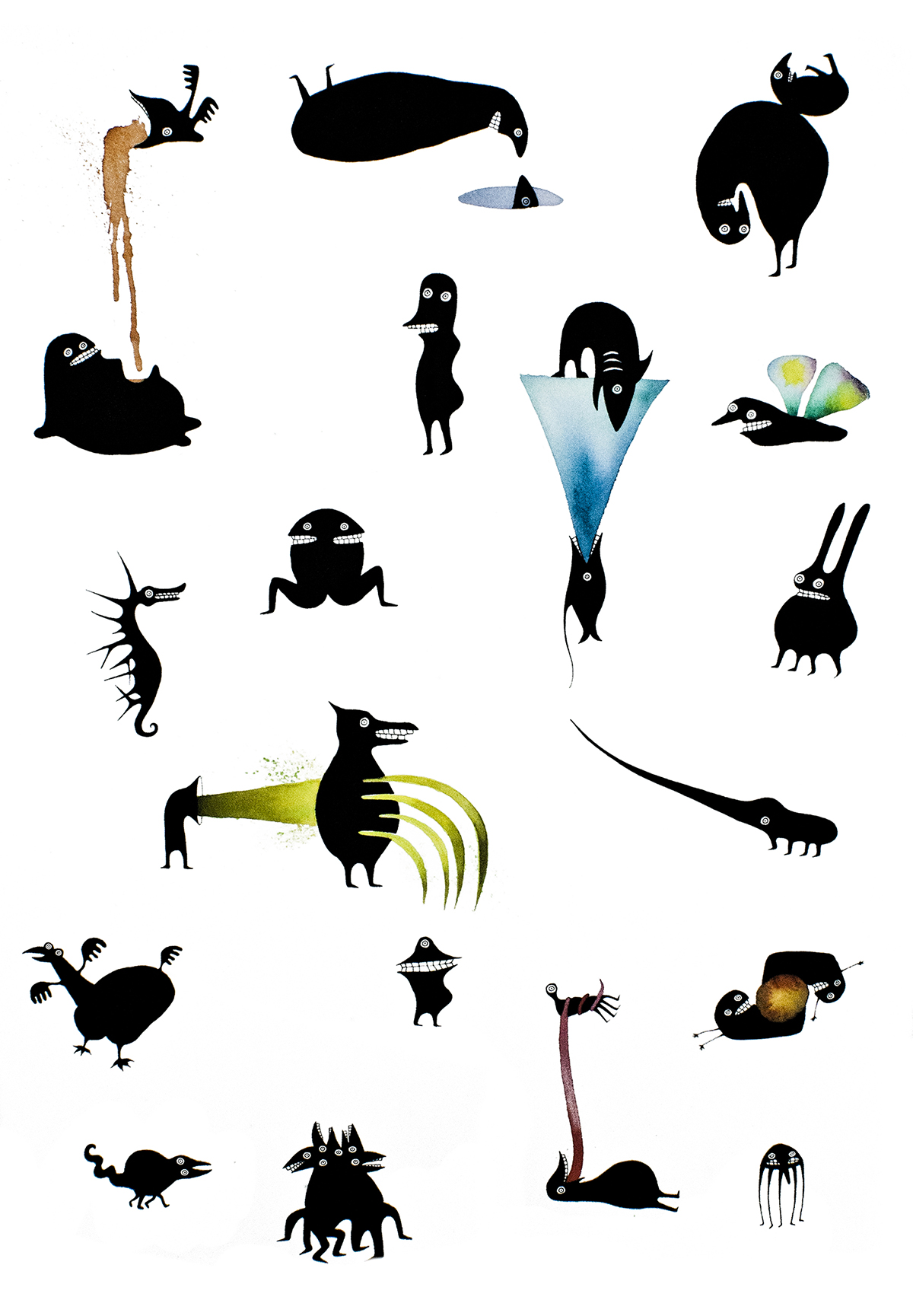 Has the art community in Chicago had any affect on your success and the way you create art?

Living in Chicago has been a huge shift in my creative process. I studied art and design in Athens, Ohio, so I learned to eliminate trends and outside influences when thinking about art because it’s a more isolated area. Going from that to working in a big hip city gave me the best of both worlds, where now I can see how design functions in the world and think about my work in that context.

Are there any places in Chicago you find yourself going to when you are in need of inspiration?

I’m often drawn to the lake at night when I need to have a good thinking session. I enjoy a complete mental vacuum for coming up with ideas. Day to day, I look at branding and restaurant design around the city. I’ve also been talking to printmakers at various art festivals, seeing what their work set-up is like. I’m trying to build my own studio in a few years so I can lock down a hermit lifestyle.

What fun things do you find yourself getting into when you are not creating art?

I like biking around the city, and I’m also a bit of a pianist. 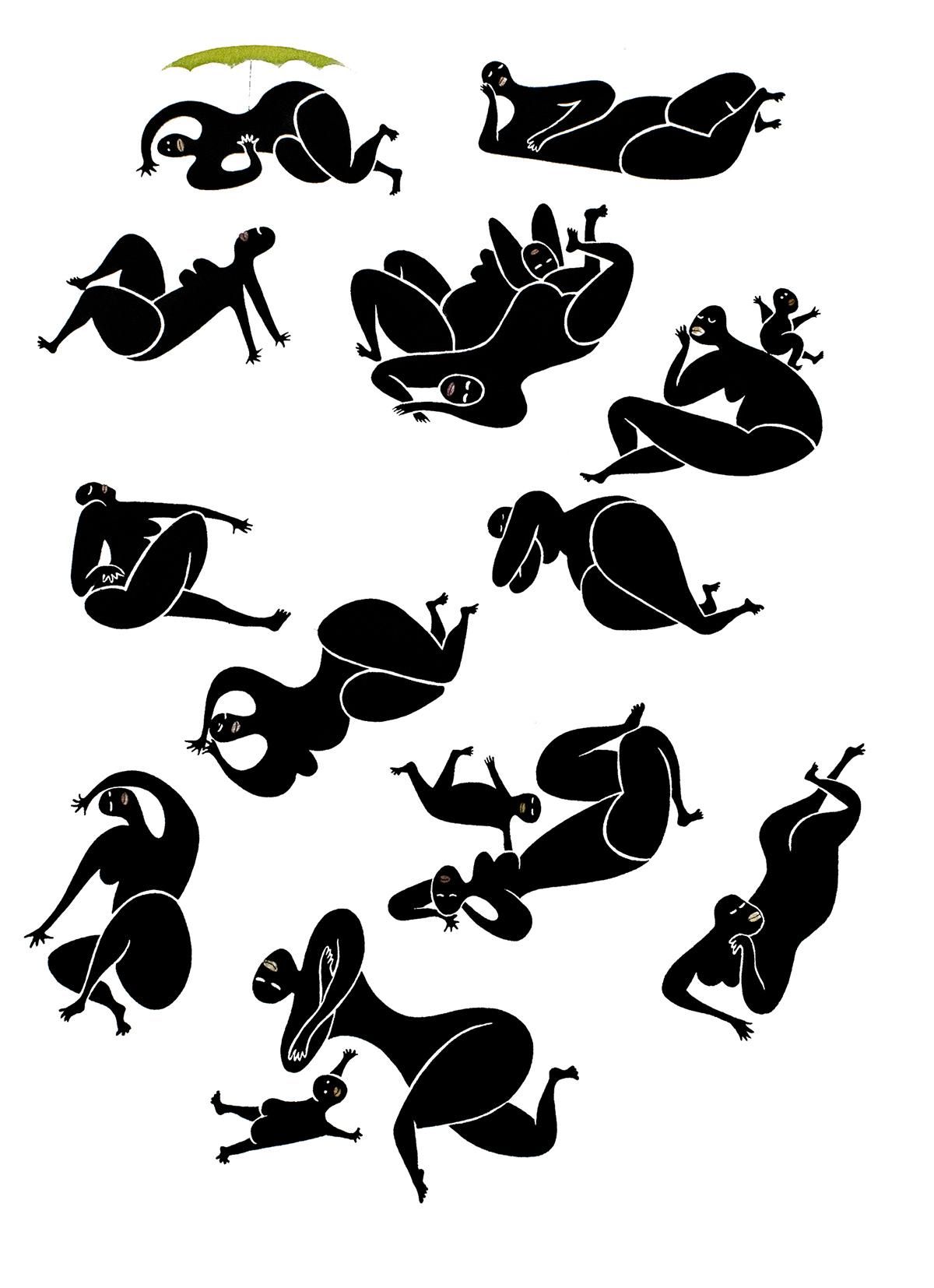 If you could have dinner with three artist who would they be?

I’ll try to choose artists that I’d imagine would be compatible with each other, so the conversation at the table isn’t awkward. Parra illustrates a bunch of voluptuous naked bird people. His work is sharp-witted, clean, and he is really good at contorting bodies.  Olga Capdevila’s work is very cozy and hilarious. Her style is colorful and nostalgic. Yoon Miwon makes deliciously clever hand-painted loop animations.

Who would you want to collaborate with after dinner?

Olga. She’s the sort of artist that isn’t so concerned with perfectionism, and is more interested in trying as many techniques as she can. I think it’d be neat to do a mural or a series of animations with her.

Are there any exciting projects you are working on now that we can expect to see in the near future? And if so where can we check them out?

I’m working on a huge lobster print right now. That should be ready in a little bit. I’ve also been developing my animation skills. Everything will eventually make its way to my website, sula.medovoy.com. 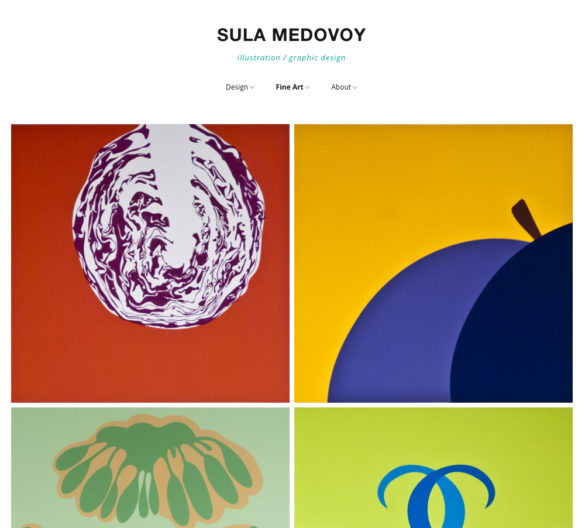 If you want to see more about Sula and her art. Visit her instagram, @sulaissula, or website , http://sula.medovoy.com/site/ .